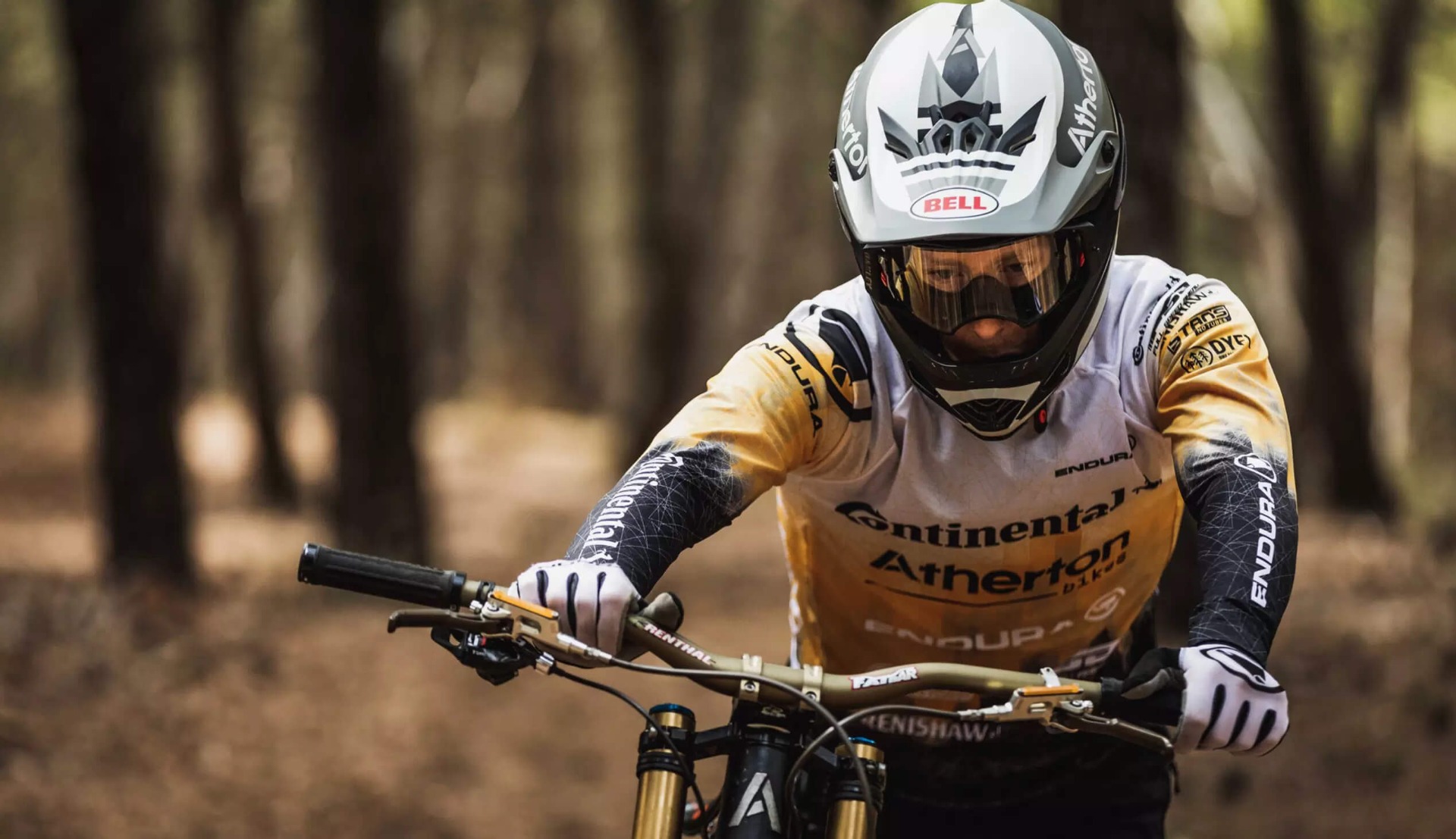 For a UK racer with two Overall National Series wins under his belt Charlie Hatton keeps a remarkably low profile. He has been knocking at the door of World Cup top tens (11th place at Val di Sole 2019 and 12th at Maribor 2020) and was 2nd to Danny Hart at UK’s 2019 National Championships. Even a 3rd place at Red Bull’s 2018 Hardline, surely the hardest Downhill race in the world, didn’t cause much of a media stir.

Charlie jokes that it’s because his riding style is so smooth “ I just don’t look like I’m going fast” but his natural modesty and a tendency to shyness surely play a part.

Charlie hails from the Forest of Dean and is the youngest of 3 boys (his older brothers Sam and Joe both ride for fun –DH/Dirt Jumps for Sam and BMX for Joe), and he credits his family and upbringing with much of his racing success, even when he tells the story of how his big brothers (4 and 7 years his senior) would use him as test pilot for the jumps they’d built in the woods. There were a lot of crashes apparently… 8 year old Charlie once gave himself such a dead leg that he couldn’t get up off the ground – of course 12 year old Sam didn’t believe him and left him there; it fell to his mum, Sharon to come searching and carry him home.

If you’re lucky enough to meet Charlie’s dad Les, the first thing that will strike you is their warmth and sense of fun and the huge pride in their son’s achievements. Charlie says “When I had no–one to ride with my mum would sit for hours at the bottom of the tracks waiting for me.” And “My first year of World Cups me and dad drove to all the European races together. We’d pull up next to all these massive pits in our Les Hatton Builder’s van. I was 17 and so embarrassed! Looking back now I’m proud of what we did, it makes me smile when I see the kids starting out now who are in the same boat – I want to say to them that I was just like them.” 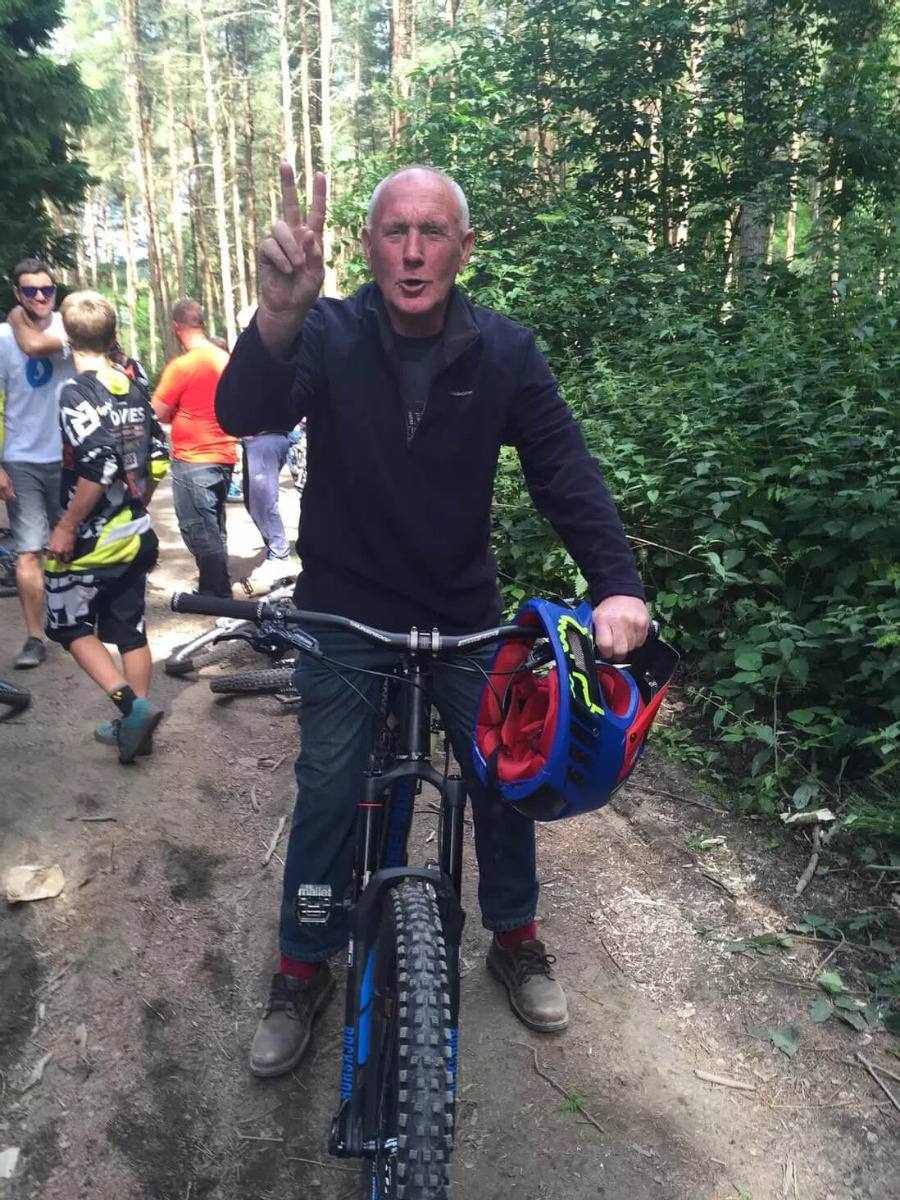 Charlie says he feels doubly blessed to have had another amazing influence in his life;

he met Pete Little (his girlfriend Cara’s dad) when he was 12 years old and had a puncture. Pete fixed the flat, refused the pound that Charlie offered him as payment and took the young rider under his wing.

Charlie says “ I often had no-one to ride with but Pete let me tag along so I basically grew up with Cara (Pete’s daughter has been Charlie’s girlfriend for more than three years). Pete was four times World Champion powerboat racer so Cara completely understands my way of life, she was born into it, taking time off school to travel all over the world with her dad. There is none of that pressure to get a “normal” job that I’ve seen some guys face. Pete and Tash (Cara’s mum) have made me so welcome- I’ve pretty much taken over their whole garage.

Charlie’s racing career started with rippers races at Forest of Dean and early sponsorship with the iconic Dirt Mag led …eventually… to us, initially as part of Trek Factory Racing. Charlie says “It must be one of the few occasions in history when “we’ll keep you on file” actually means that they’ll keep you on file! Jonesy (Steve Jones, Dirt’s team manager) emailed Dan Brown and he replied to say “yeah let’s keep in touch” – then three or maybe even four years later he wrote back to that same email and I got to join the team!

“Looking back I don’t think I dealt with it amazingly, I put too much pressure on myself. I’d never spoken to the guys before but I’d watched them all the time growing up – I felt like I had to prove something. It was silly really, all in my head – from their side there was a lot of support and some friendly rivalry - people made a deal of me beating Gee at Fort William but he was stoked for me; then I broke my wrist half way through the season so it wasn’t plain sailing.” 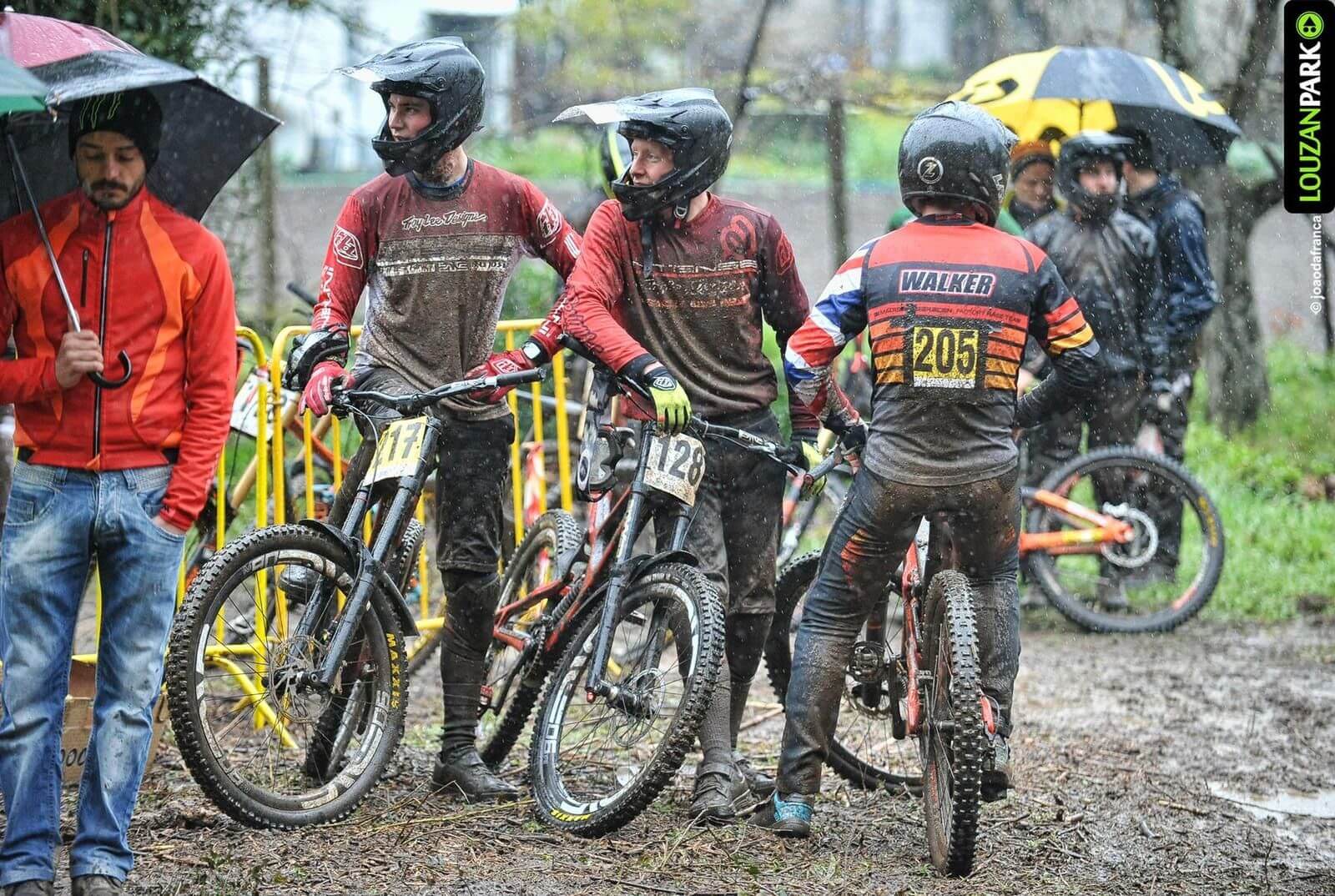 Luckily Charlie could rely on some firm friends to help him through. He’s been close to Joe Breeden since their time on Intense and Matt Walker some time before that. The boys met on the race circuit and their parents became close– in the off-season there’s always a few messy nights with the folks!

Charlie says “As racers those two can relate to what I’m going through - I remember at Leogang in 2019 sitting on the sofa with an injured wrist, so frustrated and pissed off, and Matt was next to me injured too. It’s not really my way to get angry about stuff, I try to laugh it off and be positive otherwise you’re just going to bury yourself.”

When the race team moved away from Trek we asked Charlie to stay on. He says that riding the prototype Atherton bike was both exciting and hugely beneficial for his progress as a rider. “I remember we’d finished up with Trek but I hadn’t heard anything about who the new sponsors would be, you’d kept it absolutely quiet so there were all these rumours. Brownie called me to come over to the HQ and he gave me the 2019 shirt – it just said “Atherton” on it then all the component partners. I was looking at it trying to work out where the bike sponsor was then we went into the workshop and there was this rad, raw looking bike. It was pretty exciting but pretty daunting – we were only a few months from the first World Cups. I was praying it would work.

Charlie’s first ride was at our training camp in Malaga. “The first thing I noticed was it’s so quiet; the only thing I could hear was tyres on dirt. That’s a huge thing for me, it’s so annoying when your bike is just rattling away. There was no creaking and clunking it just felt really nicely put together. And it’s so supple off the top of the travel but at the same time its progressive so you don’t bottom out.” 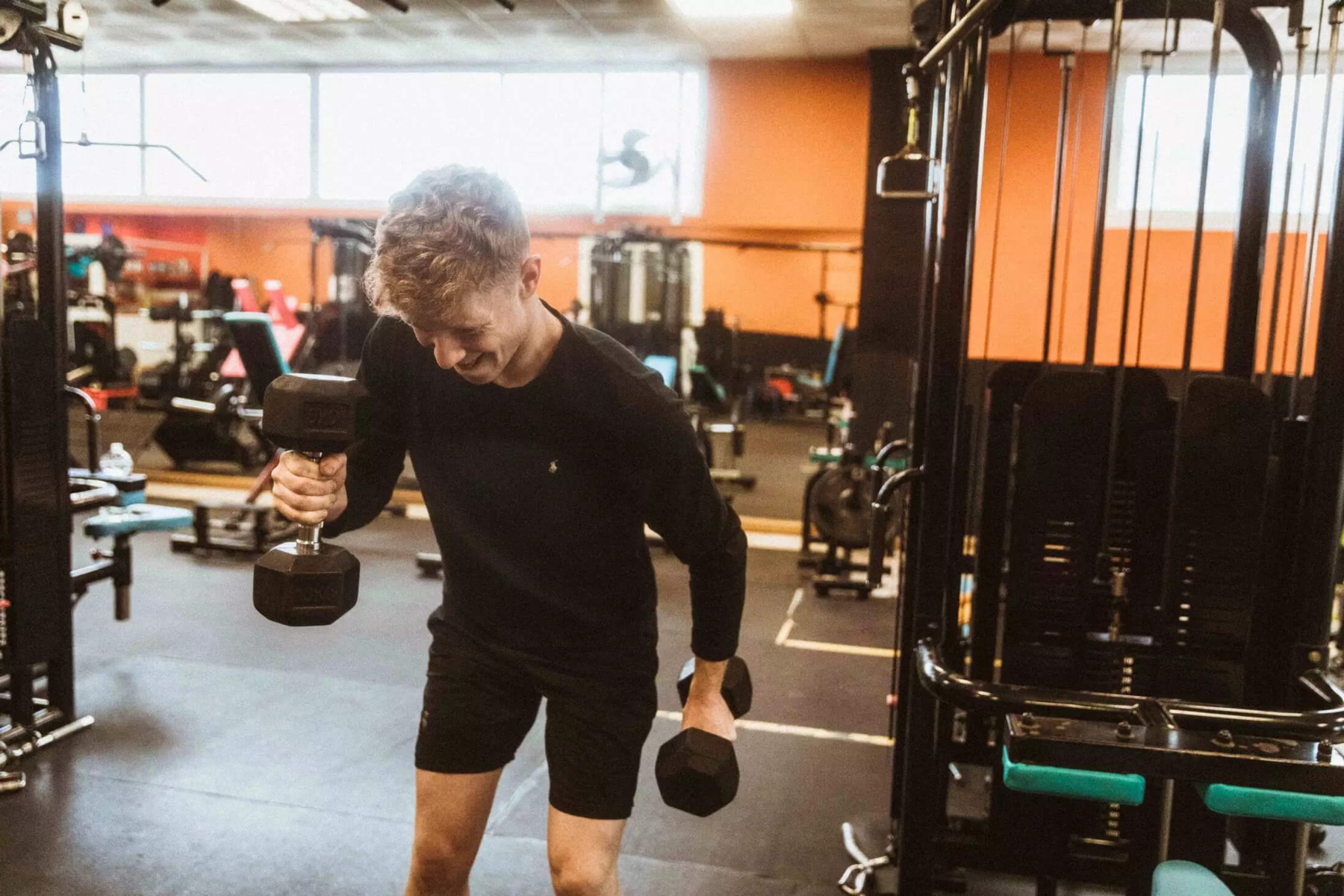 In the past I’ll admit I’ve pretty much got on a bike and rode it, whatever. I remember my first testing sessions for Trek, I was just riding laps. Gee was saying “You have to try out something new, see if it feels better!”

These days I could name every mm of that bike. If a section of track doesn’t feel right I can put my finger on what to change, what will actually work, that’s a huge step as a rider. By the end of the 2019 season it felt like every race my knowledge increased and with the application of that knowledge the bike got better and better for my personal style. That progression continued throughout winter and even through the weirdness of 2020. Riding with Gee and the guys from Atherton Bikes, particularly spending time with Atherton Bikes’ designer Rob Gow has been mint. We’ve been playing with the sizing of the rear end, the thickness of the lugs, bracing, stiffness, now it feels like its 100% dialed. It’s exactly how I want it. We made some great developments on tyres too, working flat out with the guys from Continental testing new versions over at Dyfi Bike Park – by 2020 everything was coming together!
Heading into what we thought would be the 2020 season the bike was dialed good numbers in the gym, hitting loads of PBs on the Wattbike, Peak Power … Alan Milway (my coach) said that me and Joe (Breeden) were hitting some of the best KPI figures that he’s seen in 15 years of working with pro racers so I felt like it was stacking up well. 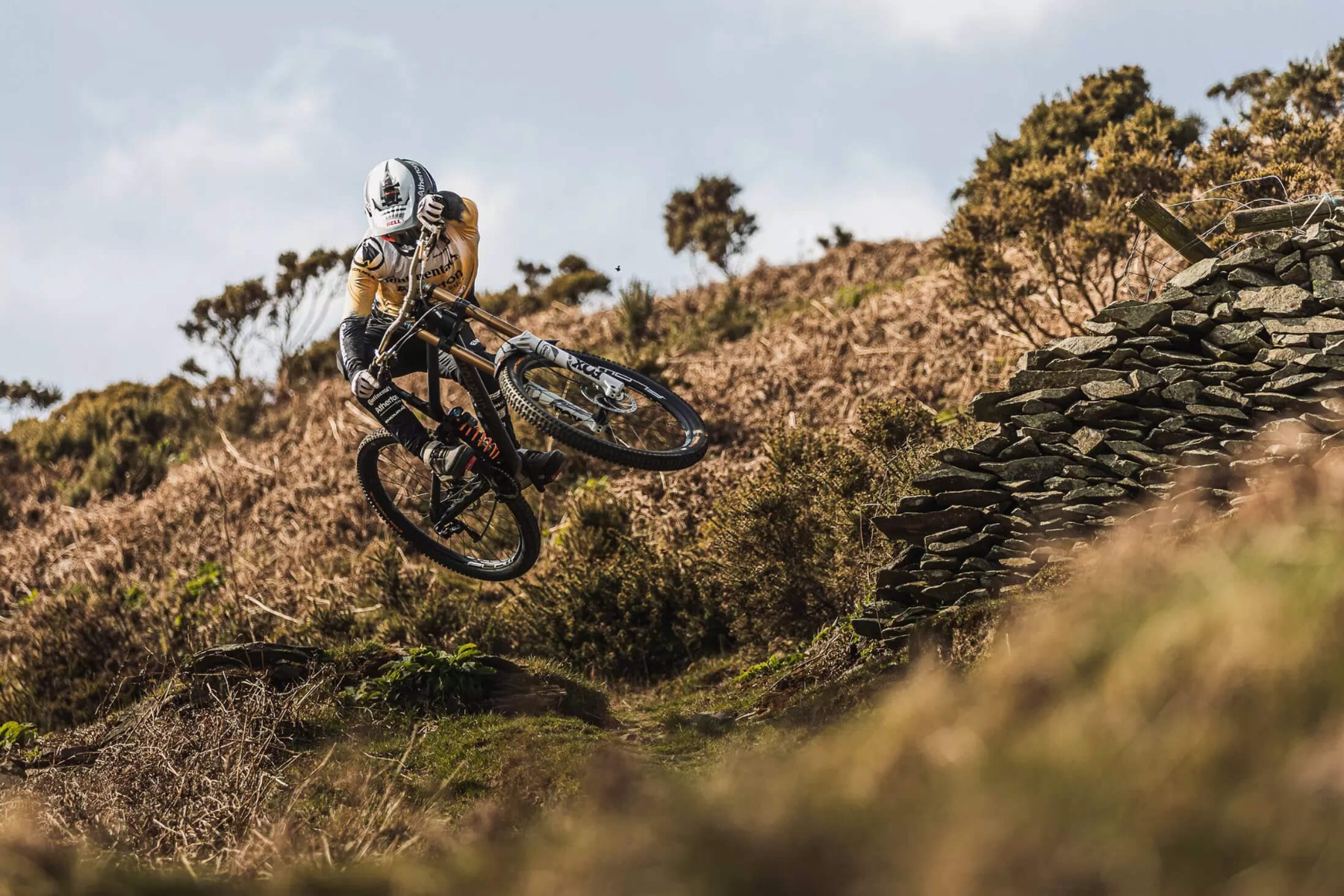 Lockdown was a challenge for sure - the uncertainty made it really difficult to plan peak fitness, testing …Racing is such a mental game, to get the confidence that you need you have to have everything 100% dialed, the bike, the tyres, the set up, the fitness, everything. No shortcuts, no settling for 99% right in any aspect of your race prep, it’s a series of tiny things all adding up together.

12th at Maribor felt good but I still don’t feel like I’ve shown what I’m capable of - the signs for 2021 are strong that my time is still to come. 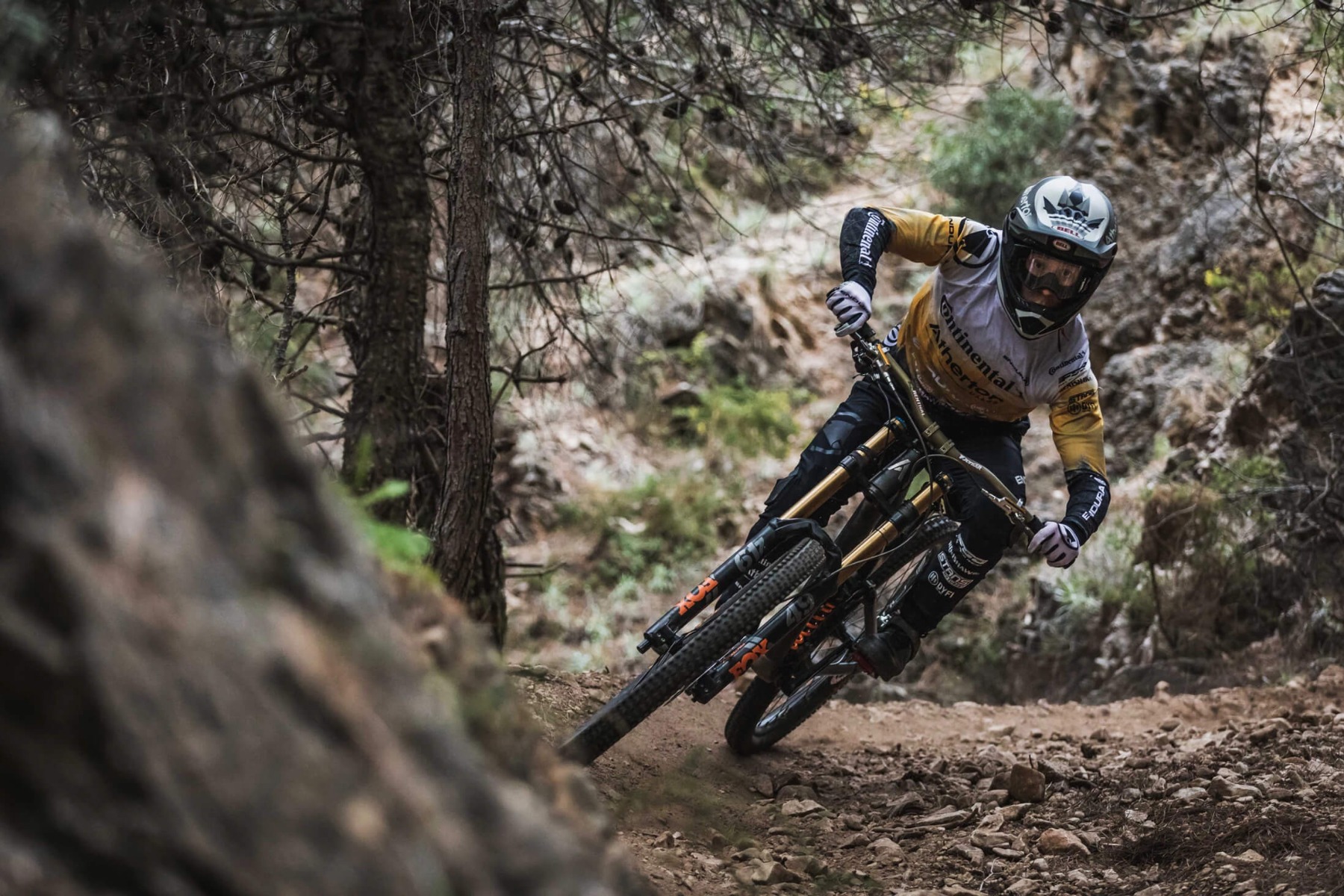